I admit there are nights when I simply do not have the energy to spend hours in the kitchen cooking dinner for my family. I am not a fan of fast food in general because I believe healthy food is important. Somehow, a cold chicken sandwich does not feel like a meal. About a year ago, we went out for dinner at a new restaurant that had just opened. Right there on the cover of the menu was the most gorgeous picture of a hot chicken sandwich I had ever seen.

Although I found the sandwich on the menu, all of the ingredients were not listed. As a health-conscious mom, I asked the waitress. I was intrigued when she told me the sandwich had cinnamon, an apple, and slow-cooked chicken breasts. I have to tell you the sandwich was even tastier than it looked. I asked the waitress for the recipe, but she was unable to give it to me and I could tell she felt bad.

The next morning, I looked through every cookbook and magazine I had for recipes. I was disappointed because I found absolutely nothing like what I was looking for. That was when I decided to start looking on the internet. I found so many recipes I had no idea what to do. I decided to print out the three that looked the best. The first recipes two were really disappointing. I found gold in the third recipe.

The recipe said I could use either a crock pot or a slow cooker. Since I prefer the taste of meat cooked in a slow cooker, that is what I decided to use. I put all of the ingredients into my slow cooker, then got on with my day. After a few hours, the smell coming from my cooker was tantalizing. I could smell the cinnamon, apples, chicken, and peppers in my cooker. The aroma from the slow cooking made my tummy rumble.

I have made this recipe many times since. Sometimes, I pile everything on different types of rolls or put a piece of cheddar cheese on top. My family loves my homemade chicken and apple sandwiches every time I make them. I think you will love the flavor of the slow-cooked meat as much as we do. Some of the recipes I have seen looked really hard to make. The one I am about to share for you is easy and perfect for beginners just learning how to use a cooker.

You need to allow about ten minutes for prep time. To make certain all of the ingredients cook slow, leave everything in your cooker for about five hours. My recipe will serve four people. To make the recipe, you will need either a slow cooker or a crock pot. The secret is in the slow cooking. Think of your cooker as a gateway to tenderness and extraordinary taste.

You will need the following ingredients for the recipe. Although you can use either frozen or fresh chicken, I recommend fresh. I have made recipes in the past with frozen chicken, and they never seemed to be quite as good. I also recommend looking at every type of apple available at the store. Each type of apple has a slightly different taste. I purchased golden apples due to the preference of my kids.

To make my recipe, use the following steps:

All recipes have different options, including this one. If your family loves cinnamon as much as mine, try adding an extra one-quarter teaspoon. Due to the slow cooking, the flavor of the cinnamon really penetrates the chicken, apples, onions, and peppers. I also enjoy toasting the buns on a grill and adding a slice of cheddar cheese on top. This is one of the numerous recipes intended for a slow cooker.

If you do not have a slow cooker or would prefer using an instant pot, you can still enjoy many different recipes. A good friend of mine made a similar recipe using an instant pot, chicken, cinnamon, and an apple and it was delicious. The chicken was tender and juicy, and everything held up well. The biggest difference is the chicken and apple were softer. If you want to add more flavor to both chicken and apples, you can have them prepared first in a propane smoker.

When you use an instant pot for cooking chicken, cook it for 15 minutes on the manual setting. Your chicken will cook all the way through and shred easily. If possible, I do recommend cooking chicken slow for more tenderness. I find this easiest in my cooker. If you want to make gluten-free recipes, read the label on your cinnamon, and use gluten-free bread or buns.

There is no gluten in an apple or chicken. I also enjoy adding an extra apple or two, caramelizing them a little on a skillet, for even larger and more flavorful sandwiches. There is just something about the taste of an apple and chicken slow cooking for hours. When I was not in the mood for bread, I have served the meal over both cauliflower and browned rice prepared on a hot plate. I have also stuffed baked sweet potatoes.

Slow-cooked chicken is also delicious in a salad. My family likes the taste of maple dijon salad dressing. I believe you will love the taste of chicken made in a slow cooker, enjoy it. 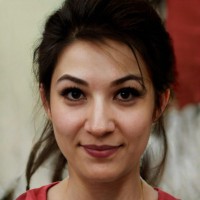