Oooh, oooh, that Smell! Can’t You Smell That Egg Smell? If You Water Reeks Like Rotten Eggs, Here’s What You Needs To Know About What is Causing It!

If there is something “rotten” at your home, and it’s not cracked eggs that have been neglected in your fridge, but a stench that you notice is coming from individual water sources, it could be a couple of culprits. When studying certain things, here are some things that you need to know.

There are people can find that odd smell in their tap water supply to be a common problem, especially if their water comes from a still or a well.

What is the Source of the Rotten Egg Water Smell?

The rotten egg odor that can be coming from water sources is predominantly caused by hydrogen sulfide gas and also by the high levels of a sulfur bacterium that can be found in the water supply of a commercial building or a home. Hydrogen sulfide is generally, a colorless, smelly gas.

What Is The Cause of the Rotten Egg Smell Coming From The Hot Water Tap?

If you only catch the rotten egg smell when your hot tap is turned on, and the water flows out, it may be a chemical reaction occurring inside your water heater, and not a problem with your water supply.

Even though your water can be perfectly safe to drink in most cases of mild odors, the smell of rotten eggs can be a big sign of deleterious water contamination.

What are Some Ways to Seek, Locate, and Remove the Problem of the Rotten Egg Smell?

If you do experience any rotten egg odors, it is imperative to find out where the source of the stench is coming from by checking all the taps (faucets) and sources of water in and around your building or home.

Most times, the rotten egg smell that is coming from the hot water tap of your faucet or sink is due to an issue with your water heater. We suggest contacting an appliance technician who can look over your water heater and pinpoint the problem.

Are There Any Other Causes For Water Having A Rotten Smell?

Yes, there are other causes of the stinky rotten egg smell like the buildup of iron bacteria. This bacterium can be identified based on a rotten egg smell, and a slimy, red substance that can be found in your toilets, sink, and even the shower. Besides the stains, the odors, and the red stains, iron bacterium are harmless. 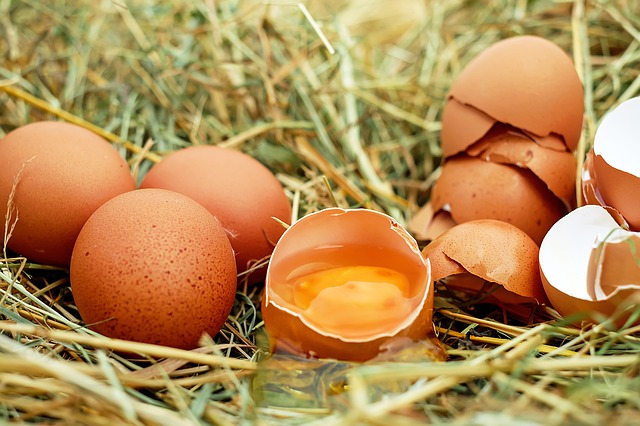 Are The Effects of Sulfur in Your Water Source Harmful To Me?

Other than the stench, sulfur is not harmful to have as a source in your water. Humans consume sulfur as food sources. There are many different — and downright harmful — sources of contamination for people to be concerned about than the mild issue involving a sulfur smell. Besides the rotten egg smell that is due to hydrogen sulfide, there are no detrimental health effects due to the buildup of these bacteria in your water supply. There have been cases of hydrogen sulfide due to bacterium buildup causing a laxative effect. Drinking a lot of water that is infused with hydrogen sulfide could lead to diarrhea and dehydration in infants who consume this sulfur-infused water, but other than that, it is not a serious concern for adults.

What are some of the other effects of sulfur in my water?

That stinky egg odor can be due to extreme levels of sulfur, which can leave stains on bathroom fixtures like toilets, sinks, shower stalls, and bathtubs. Iron bacteria and sulfur bacteria have also been known to tarnish copper and silver dinner housewares thanks to the water coming out of one’s kitchen sink. Sulfur bacteria can be pesky because they can create a favorable environment where other bacteria that feed on sulfur can increase their growth. These bacteria can cause even more problems, like corrosion and unsightly staining.

For those of you who are very concerned about what kind of sources exist in your water supply, you can buy water test kits that can check for sources of hydrogen sulfide, sulfur bacteria, iron bacteria, sulfate, and more.

With these tips and helpful information about the causes of the rotten egg smell coming from the taps, you can now feel more empowered and educated to put an end to that sulfur loving bacterium that has made itself a home in your pipes, water heaters, and other places.

General contractor extraordinaire, I have a flair for testing out and reviewing some of the best home products money can buy. My team’s reviews have helped thousands of folks across the globe and my career in home improvement has given me a lot of insight into what makes a good, lasting product, and what is just crap.

Poke around, explore, and welcome to This Electric Home!